Summary of In the War for Information, Will Quantum Computers Defeat Cryptographers? 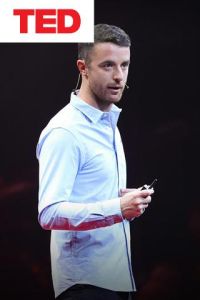 Cryptographer Craig Costello is a senior security and cryptography researcher for Microsoft.

A battle over the secret transfer of information has raged between code makers and code breakers for centuries.

One of the most notorious historical examples of ciphering and decoding occurred in the 16th century, when Mary Queen of Scots sent encrypted letters to her henchmen, instructing them to assassinate England’s Queen Elizabeth I. But when Elizabeth’s code breakers intercepted and hacked Mary’s messages, revealing her ambitions, Elizabeth had Mary executed. During World War II, British mathematician Alan Turing, the inventor of the modern computer, broke the Nazis’ “unbreakable” Enigma code and helped tilt victory in favor of the Allies.

For decades, scientists considered “public-key cryptography” to be an unbreakable cryptographic solution.

In the 1970s, cryptographers thought they’d solved the cryptography conundrum once and for all. They developed public...

Will the Future Be Human?
9