Review of The New Silk Roads 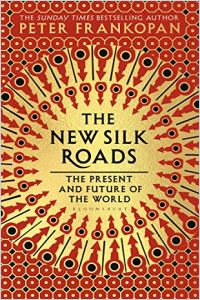 Scholars have long used “Silk Roads” to refer to ancient east-west trade routes. According to historian Peter Frankopan, however, modern day Silk Roads are more than networks for the exchange of goods – they’re a state of mind. In this engaging study of global geopolitics, Frankopan explains that, when a Chinese titan of industry buys a soccer club in England or a condo in Vancouver, he’s traveling a post-globalization version of the Silk Roads. But while China, India and other emerging nations seem keen on such activity, the United States and Europe have lashed back at this new approach to commerce.

Frankopan makes a persuasive case for the idea that the East – particularly, China – is expanding its influence at an unprecedented rate. Indeed, even those who feel well-versed in the idea that the West is losing its dominion may find themselves surprised at the degree to which China is driving global trends and staking its claim in locales around the world. Stylistically, Frankopan’s well-chosen examples and effective use of history, ​​​leveraged to help with understanding the modern-day drive to create new Silk Roads, will keep readers engaged despite the serious subject matter.

Peter Frankopan is professor of global history at Oxford University, where he is also senior research fellow at Worcester College.

“Silk Roads” has a new meaning in the era of globalization.

In the era of globalization, new types of commodities now move along the ancient east-west trade routes, Frankopan writes. Chinese buyers have, for example, purchased football clubs from England’s Birmingham area, and Western real estate markets have, likewise, seen a huge influx of Chinese capital. One researcher suggested that, without a flood of foreign investment, London properties would trade at a 19% discount to their actual prices. Exports of French wine to China jumped 14% in 2017 and Chinese investors have snapped up vineyards. In 2017, Starbucks announced an initiative to open 2,000 stores in China by 2021 – a pace of more than one new store a day. But on the new Silk Roads, China isn’t the only source of fresh demand for Western goods, Frankopan notes. Pakistan’s fast-rising incomes turned that nation into the world’s fastest-expanding retail economy.

An explosion in air travel serves up another case study in changing trade patterns. Jets, whether they’re destined for a business trip in Chicago or a ski trip in Switzerland have become a key part of the new Silk Roads. Tourism expenditures by Chinese citizens jumped from just $500 million in 1990 to $250 billion in 2017. Today, tourism destinations succeed or fail based on their appeal to Asian travelers. The International Air Transport Association forecasts that passenger counts will double to 7.8 billion in 2036, thanks, primarily, to well-to-do residents of China, as well as those in India, Turkey and Thailand. Boeing expects job openings for half a million new pilots in the coming two decades.

We Have Been Harmonised
9