Summary of The Pied Pipers of Wall Street 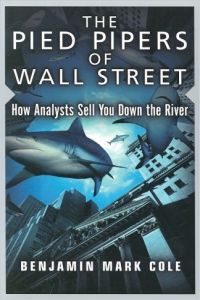 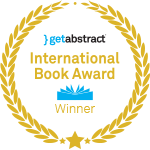 The best proof of Benjamin Mark Cole’s premise - that brokerage houses have sold out common investors to curry favor with huge corporate interests - is the ease with which he accumulates examples of analysts hyping stocks that later went bust. Can the combination of self-interest, analyst hype, and subsequent stock price implosion somehow be coincidental? Or is it time to start calling a duck a duck (or, for that matter, a quack a quack)? Cole’s indictment of Wall Street’s most efficient salesmen comes just in time for investors looking for a culprit in the overnight evaporation of billions of dollars in retirement funds. Of course, analysts can’t be blamed for the stock-market downturn, but their behavior during the run up deserves the close scrutiny it receives here. getAbstract recommends this book to any investor who suspects that the true talent of the talking heads they see on CNBC might really be turning your money into theirs.

A Market Full of Bull?

In the immortal words of Jack Nicholson in Easy Rider, "It’s hard to be free when you’re bought and sold in the marketplace." That statement applies to Wall Street securities analysts, who certainly are not free to openly voice their opinions about companies that they follow because they are employed by firms that earn millions of dollars in fees from these same companies. To appreciate the predicament of the pied pipers of Wall Street, consider the case of Biovail Corp. and drug industry securities analyst, Hemant K. Shah.

The Shah Runs Into Trouble

In the early 1990s, Hemant K. Shah was widely sought after for his expertise in pharmaceutical companies. A whisper from Shah could move mountains of cash. So when a young biotech firm named Biovail needed capital, it turned to Shah.

In two years, Shah raised about $15 million for the company through private equity financing deals. At the same time he was raising the money for Biovail, Shah was touting the company’s stock to the money managers who regularly relied on him for advice.

In 1995, Shah’s involvement went a step further. He signed a contract with Biovail to negotiate...