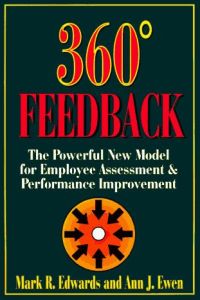 This book describes the application and growth, in U.S. corporations, of multi-source employee assessment. This is a review of the strengths and weaknesses of the "360° Feedback" program created by the authors, Mark R. Edwards and Ann J. Ewen. Their book gives you enough information to evaluate multi-source employee assessments. However, if you are reading it because you expect to be able to implement a 360° feedback process without hiring the authors, you will be disappointed. It seems to be written from the consultant’s perspective, which is selling consulting services. This limitation should not discourage you from reading this book, if you have a genuine interest in implementing multi-source employee assessment or if it is something your company may reed. While the book is not for the causal reader, it is important for anyone in a Fortune 1000 company who functions as a change agent. getAbstract recommends this book to any manager who might be interested in implementing such an employee review process.

Mark R. Edwards and Ann J. Ewen are CEO and President, respectively, of TEAMS, Inc., a consulting firm that specializes in helping companies implement "360° Feedback." Former corporate executives, they created this approach. It is now in use at IBM, GE, Disney, Intel, Monsanto, American Airlines and more than 100 other organizations. They write and speak extensively on this subject.

360° feedback is a new model for performance appraisal. It is based on the idea that anonymous feedback from multiple sources is superior to direct feedback from a single source. It overcomes the false perceptions, blind spots and ignorance that may exist in single source assessments.

The story of "The Emperor’s New Clothes" can be updated to demonstrate the power of a 360° feedback process. In the story, the Emperor asks his courtiers how his new clothes look. Even though he is naked, having been tricked by traveling tailors, the courtiers give the response they think the Emperor wants to hear. "Superb," they tell him. Since the Emperor knows that people often tell others what they want to hear, he asks everyone in his court to assess his new suit anonymously. The response is unanimous: the Emperor is naked. The use of anonymous multi-source feedback provides the Emperor with better information for making a decision about his clothes. Thus, the Emperor, in this updated story, does not go walking around his kingdom wearing only his birthday suit. Like the Emperor, organizations need to improve the quality of decision-making information. 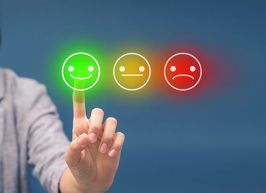