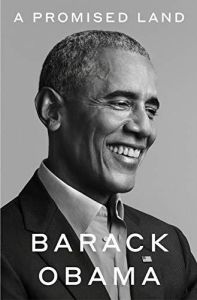 The review below was first published in the getAbstract Journal on Dec 14, 2020.
We’ve reviewed this title for you as we currently cannot offer a summary.

Barack Obama grabs and holds your attention with his openness, absence of cynicism and willingness to share the backstage drama of his first term’s successes and failures.

Here is an author who truly needs no introduction. This engaging highlight reel of former US president Barack Obama’s rise in politics and his first term as chief executive combines insights into United States’ history and civics with a revealing and personal account of Obama’s life as a father, husband and president.

This massive bestseller, which has garnered only rave reviews, was named a “best book” of the year by The New York Times, The Washington Post, NPR, The Guardian and The New York Times Book Review, among other voices. Though even Obama’s opponents would find much of interest here, if you presume that those who want to read his life story mostly will align with him politically, worthwhile related readings might include Becoming by Michelle Obama and Ruth Bader Ginsburg’s My Own Words.

Barack Obama, Neural Nets, Self-Driving Cars, and the Future of the World
7
Article

Book
Becoming
8
Book
The Corona Generation
8
Book
All In
Book
Think Again
9
Podcast
What Will the World Look Like After COVID-19?
9
Book
Elon Musk