Summary of Agent of Change 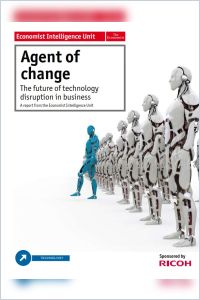 Crystal-ball forecasts of technological change often prove wildly unreliable. In 2004, one prognosticator said a driverless car was unlikely anytime soon. Seven years later, Google had a patent on driverless cars. Now, it’s lobbying the US Congress for legislation to permit these vehicles to operate on public roads.

To understand the coming technological future, the Economist Intelligence Unit surveyed 567 senior business leaders – 46% at the board or executive level – in 2011. The EIU also interviewed technology authorities. Along with looking at the future business impact of accelerating technological change, respondents identified two economic “megatrends”: the movement of economic power from the West to the East and instability in Western financial markets.

Technology-driven business disruption will accelerate and lead to novel business models. Organizational structures and job descriptions will evolve with significant improvements in “computing power, storage and bandwidth.” These latter enhancements amount to a “Watson in your pocket,” says Matthias Kaiserswerth, director of the IBM Research lab in Zurich, harking back to the name of one...