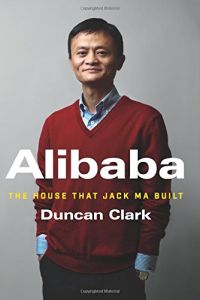 Calling Alibaba “the Amazon of China” understates its influence. Chinese shoppers visit Alibaba’s Tmall and Taobao sites for everything from groceries to SUVs to fake girlfriends. Alibaba has more customers than the US has citizens. The heart of the Alibaba story is founder and CEO Jack Ma. Author Duncan Clark, an American working in China, notes that he foolishly decided not to invest in Alibaba, a move he figures has cost him some $30 million. Clark also offers useful commentary, particularly about Alibaba repelling eBay’s incursion into China. From his not-quite-insider’s perch, he engagingly conveys Alibaba’s rise. getAbstract recommends the Alibaba story to investors and managers seeking insight into China’s economy.

Mandarin speaker and former Morgan Stanley investment banker Duncan Clark founded an investment advisory firm in Beijing. He has lived and worked in China for more than 20 years.

Alibaba is a global giant that grew from modest roots. From origins in founder Jack Ma’s apartment, the Chinese firm expanded rapidly – up from 27 merchants in 2009 – raising a record $25 billion in its initial public offering on the New York Stock Exchange in 2014. Alibaba soon became the world’s second-most-valuable Internet firm, trailing only Google.

Some 400 million people buy goods on Alibaba every year. With its Tmall and Taobao sites, Alibaba is China’s biggest retailer. On November 11, 2015, which amounted to China’s equivalent of Cyber Monday, Alibaba shoppers spent $14 billion.

Alibaba is the fulcrum on which China pivots from an old-school model of factories, exports and buildings into a higher-value economy serving an emerging middle class. Alibaba’s rise reflects China’s transformation into a modern power. And Alibaba has room to grow. Consumer spending accounts for two-thirds of the US economy, but it’s only a third of China’s, so far.

Alibaba’s business models differ from Amazon’s. Alibaba holds no inventory; it gives merchants a place to market their wares to consumers. Buyers and sellers pay no...