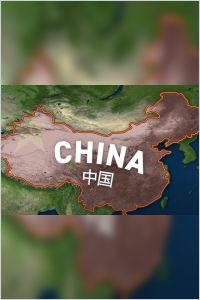 In recent years, it seems to be a given that American celebrities will take a stance on political causes. It’s seen as a way of using one’s platform for good. But in China, that’s not the case. Celebrities rarely speak in opposition to government policy. In this video by Wendover Productions, Sam Denby explores the relationship between Western sports leagues, China’s politics, and the millions of dollars that stand in the crossroads.

Sam Denby is the creator of the educational YouTube channel Wendover Productions, which has over three million subscribers.

Since the 2000s, China has transformed from a source of cheap labor to a coveted market where Western companies would like to sell their goods.

China’s economy has grown to 10 times the size it was in the year 2000, and Western companies are eager to reach the Chinese upper and middle classes who can now afford a wide array of consumer goods.

Western sports brands are no exception. US-based sports brands like the NHL, NBA, MLB and the NFL bring in about $30 billion in revenue annually. Traditionally, the United States has been the biggest market for these leagues, but they’ve also had some success in spreading their products to other parts of the world.

US sports leagues are vying for Chinese consumers, with varying degrees of perseverance and success.

Baseball is popular in Taiwan, Japan and South Korea, but the MLB’s efforts to grow a dedicated following...