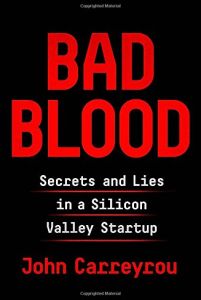 Secrets and Lies in a Silicon Valley Startup

Pulitzer Prize–winning investigative reporter for The Wall Street Journal John Carreyrou interviewed more than 150 people for this chronicle. He covers the saga of Theranos founder and CEO Elizabeth Holmes from her earliest days of entrepreneurship through the rise of her company, detailing her pervasive lies and ultimate downfall. In this remarkable feat of investigative journalism, Carreyrou indulges in long, detailed explanations, but the diligent reader will revel in an incredible tale of ambition, hubris and fraud.

Theranos founder and CEO Elizabeth Holmes always wanted to be a billionaire.

Carreyrou recounts that when Elizabeth Holmes was nine, she told her family that  she wanted to become a billionaire. Starting on that road, she attended Stanford University as a prestigious President’s Scholar in 2002. In 2003, Holmes began working on a patent for a drug-dispensing arm patch. She named her company Theranos, a combination of “therapy” and “diagnosis.” Holmes said her arm patch would draw blood, test it and release the right amount of medication. Though only 19 years old, Carreyrou reports, she raised almost $16 million for her firm by 2004.

When the Theranos CFO expressed concern that Holmes was misleading investors, she fired him instantly.

In November 2016, Holmes, CEO of Theranos at age 22, demonstrated its blood-testing system to the European pharma giant Novartis. Carreyrou notes that she said the demo was a grand success. Oracle’s Larry Ellison and his mentor, Theranos board chairman Donald L. Lucas, both invested in Theranos, which sought to provide blood testing for clinical trials. Pharma companies intended to place Theranos devices in the homes of people in drug trials. 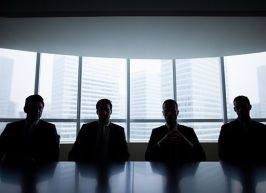