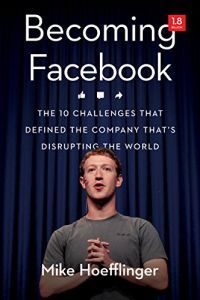 With more than one billion daily users – 90% using cellphones – Facebook has changed how people communicate. Silicon Valley veteran Mike Hoefflinger discusses Facebook’s ups and downs, beginning with its humble origins in 2004. Facebook has managed to stave off competition from MySpace, Google+ and others, but it has faltered on some internal projects, and it struggles to make inroads in less developed countries. This overview covers Facebook’s mission, explosive growth, acquisitions and future projects. Even though Hoefflinger was once a Facebook employee, his analysis of it seems objective. He does a good job of explaining its successes, struggles and failures. getAbstract recommends his overview to executives, manager, technology employees and Facebook users. You’ll like this detailed report and you may want to become its friend.

Mark Zuckerberg, Facebook’s founder, was born in 1984 and grew up in a middle-class family in Dobbs Ferry, New York, about 20 miles north of Manhattan. He learned programming basics from his dad, and became obsessed with connecting people online. Before Zuckerberg created Facebook in his Harvard dorm room, he created CourseMatch, which allowed Harvard students to post their social and academic interests online, and then FaceMash. To launch FaceMash, Zuckerberg hacked into Harvard’s residence houses and uploaded student pictures, violating their privacy and US copyright laws. Harvard put him on probation, but this led to the founding of thefacebook.com on February 4, 2004.

“Facebook’s success was, from the beginning, a conscious pursuit of constant growth.” In February, three other top universities quickly followed thefacebook.com – Columbia, Stanford and Yale. Six more universities followed in March. More universities joined in April, including the universities of Virginia and Illinois. Cross-school connections flourished. By the end of 2004, Facebook had about one million users across US colleges. In September...