Summary of Belt and Road 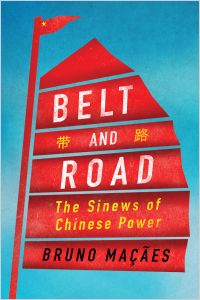 Like much about China, Beijing’s ambitious Belt and Road Initiative is mysterious. In this engaging analysis, political scientist Bruno Maçães argues that the details of China’s plan don’t matter as much as the big picture: China is flexing its economic muscle, with a goal of amassing further might. Maçães acknowledges that it’s possible that China and the West will figure out how to coexist peacefully. But, he allows, that’s not the only potential outcome. It’s also possible that tensions between China and the West will intensify as China seeks to broaden its role in the world.

Bruno Maçães is a nonresident senior fellow at the Hudson Institute and a senior adviser at Flint Global. He served as Portugal’s Europe minister from 2013 to 2015. His previous book was The Dawn of Eurasia.

Given the murky details and China’s history of official obfuscation, observers in the West didn’t know whether to feel fearful or impressed by Xi’s announcement. The old Silk Road was a land-based trade route. In a modern economy, building a cross-continental supply line makes no sense. Rail transportation is more costly than oceangoing transit, and building a network of roads and railways across steppes, deserts and mountains would only increase the expense. Westerners scratched their heads and wondered why China would make a show of returning to the glory days of Marco Polo. The initiative soon morphed into One Belt, One Road – a project so ambitious that China said work on it would continue through 2049.

China’s goals extend far beyond rail lines. One Belt, One Road is a connected web of transportation routes, energy infrastructure and digital networks. The aim is more trade, more tourism and a more unified and larger Eurasian common market. The rest of the world hasn’t exactly embraced China’s project. France and Germany dislike it. In the United States...

The Great Pause Was an Economic Revolution
9 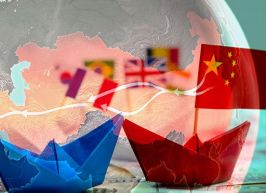