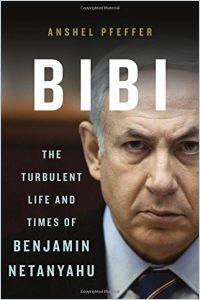 In this detailed retelling of Benjamin Netanyahu’s life – including his childhood, his relationships with his father and brothers, his military service and his political rise – journalist Anshell Pfeffer paints the Israeli prime minister as uncompromising to a fault. Under Netanyahu, Palestinian peace is unlikely, Pfeffer reports, as is any sort of right-left coalition. Pfeffer occasionally defends Netanyahu, as when he absolves the prime minister of responsibility for Yitzhak Rabin’s assassination; but in general, he paints Netanyahu as a hard-edged leader who prefers to rule without dissent.

Anshel Pfeffer has covered Israeli politics and global affairs for two decades. He is a senior correspondent and columnist for Haaretz and Israel correspondent for The Economist.

Benjamin Netanyahu’s family moved between Israel and the United States numerous times throughout his youth.

Benjamin Netanyahu was born in Tel Aviv in 1949, a citizen of Israel and the United States. The family called Netanyahu “Bibi” because he had older cousins named Benjamin. Jerusalem was a geopolitical hot zone during Netanyahu’s youth. Barbed wire separated the Jordanian-controlled areas from sectors held by Israel. Netanyahu later would recall his Jerusalem childhood as “life within sharp borders.”

A staunch conservative, Netanyahu’s father, Benzion, was at odds with the leftist leanings of early Israel. He dreamed of an academic post at Hebrew University. Unable to land that job, he became editor of Encylopaedia Hebraica. Benzion focused on his work while Netanyahu’s mother, Tzila, raised Bibi and his brothers. ​​​​In 1958, Benzion got a teaching job at a college in New York. Though the family returned to Jerusalem just two years later, they moved back to America again – this time to Philadelphia – when Netanyahu and older brother Yoni were in high school. The pair resented their...