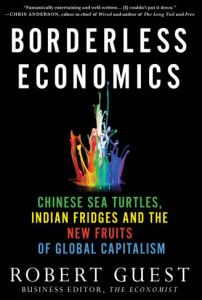 Immigration and free trade promote democracy, capitalism and personal freedom, so wide-open borders could cure the ongoing economic malaise in the US and elsewhere, says Robert Guest, global business editor of The Economist. Guest makes a strong, but not scholarly, case for open immigration. His forte is colorful anecdotes and thesis-reinforcing research – including some slightly dated studies. Even though Guest downplays examples and arguments that urge maintaining or enforcing restrictions on immigration, his work is relevant to immediate issues in many countries. getAbstract recommends his text for its lucidity, storytelling and economically credible arguments in favor of unfettered immigration.

Despite the widely publicized problems associated with immigration in the US and Europe – crime, crowding, failure to assimilate, competition with locals for jobs, “brain drain” from their native lands – the process largely improves life for immigrants and for their new homelands.

Immigration to the US today differs from a century ago, when waves of Italian, Jewish and Irish immigrants passed through New York City to scatter across the country. Today, immigration might be more accurately called “circulation.” Immigrants born, say, in China or India, go to school in the US and head back home. Or they work for a while in their host country and later, or even simultaneously, start a business back home. Or they juggle residences between host and native nations.

Immigrants create “networks,” often of family members, alumni or those who share the same religion. These networks, or bridges, facilitate brainstorming, financing and logistics for business and families in both countries. Three percent of the world’s population – some 215 million people – lives in a country other than the land of their birth. Often, immigrants are the brightest...

As The Economist’s global business editor, Robert Guest has reported extensively on migration and economics. He is also the author of The Shackled Continent. 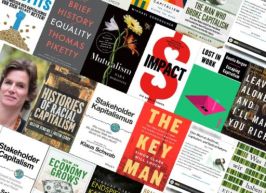