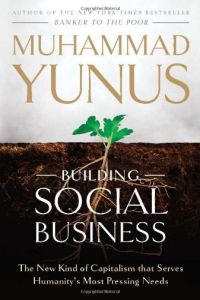 Muhammad Yunus, founder of Grameen Bank, a microcredit lender, won the Nobel Peace Prize for his contributions to fighting world poverty. Although the government of Bangladesh eventually forced him to leave the bank (possibly for political reasons), his views still convey great force. Yunus espouses an economy that embraces humanity as a pool of positive potential. His book, written with Karl Weber, lays out a blueprint for “social business.” It details compelling case studies of how various Grameen enterprises handle everyday market problems. getAbstract recommends it to executives who want to enfranchise good works, and to garage-office entrepreneurs and public policy technocrats who believe in a world with less poverty, but who need a little guidance to get there.

How Microlending Led to Social Business

Driven to act by the desperate Bangladesh famine of 1974, Chittagong University economics professor Muhammad Yunus went to the village of Jobra and found his calling. After giving villagers $27 to pay off loans to predatory lenders, Yunus hit upon the idea of lending to the poor as the foundation of a new kind of banking business. He started the bank himself, calling it “Grameen” after the Bengali word for “village.” Grameen now has eight million customers, 97% of whom are women. Lending to women proved more effective at combating poverty than lending to men. Grameen’s success in Bangladesh sparked microfinance operations worldwide, including in the United States.

Yunus concluded that the world’s financial institutions enable global poverty because they don’t extend credit to poor people. All people are born with creative gifts, and poverty deprives the world of benefiting from them. Society should remake its institutions so all people can thrive. This requires the establishment of “social business.”

Society must accommodate a world with two types of business: for-profit and social. A social business conforms to normal ...

Banker to the Poor
9