Summary of Capitalism Without Capital 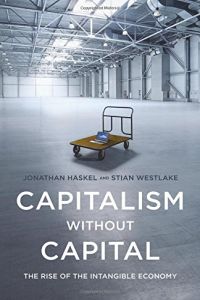 The Shrinking Universe of Public Firms
8