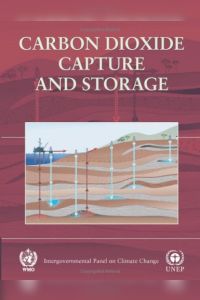 This is probably the most extensive, comprehensive study of carbon dioxide capture and storage ever undertaken. Prepared under the aegis of Working Group III (Mitigation of Climate Change) of the U.N. Intergovernmental Panel on Climate Change (IPCC), it addresses a wide range of technical, economic and policy issues in great detail. The prose isn’t lively, but fortunately for the general reader, the text includes lucid executive summaries at the beginning of each chapter. getAbstract highly recommends this report to those who genuinely want to know the details of this potential (albeit partial) solution to the climate change problem.

The Intergovernmental Panel on Climate Change (IPCC) is a scientific body tasked to evaluate the risk of climate change caused by human activity. The panel was established in 1988 by the World Meteorological Organization (WMO) and the United Nations Environment Programme (UNEP), two organizations of the United Nations.

Carbon dioxide capture, transport and storage (CCS) involves isolating carbon dioxide (CO2) gas, and moving it to someplace where it can be shut away so that it cannot affect the atmosphere. This is one of the ways experts suggest dealing with climate change, since emission of CO2 contributes to global warming. However, various technical, economic and logistical issues affect the practicability of CCS; legal, regulatory and liability questions abound.

Using available technology, up to 95% of the carbon dioxide now being processed can be captured, although the process itself uses a great deal of energy. A power plant using carbon dioxide capture and storage might require up to 40% more energy than a comparable plant not using it. Power plants are themselves “large point generators” of CO2, as are the factories used in manufacturing cement, steel and iron; refining petroleum; processing fossil fuel; and producing petrochemicals and synthetic fuel. Almost 60% of carbon dioxide emissions come from large point sources clustered in India, eastern China, northwest Europe, and the East and Midwest regions of the U.S.