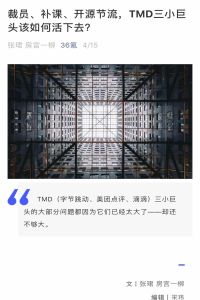 In China’s internet industry, Baidu, Alibaba and Tencent are leading the race, but up until 2018, ByteDance, Meituan-Dianping and Didi Chuxing were in hot pursuit. However, as China’s economic sluggishness persists in 2019, the survival of the latter three is in jeopardy. This article examines why, points out the strengths and weaknesses of the companies in their current states, and investigates the companies’ strategies.

Just like China’s mature internet giants Baidu, Alibaba and Tencent (collectively known as BAT), the “little giants” ByteDance, Meituan-Dianping and Didi Chuxing are straining under the pressure from the capital market and the pervasive downsizing. At the same time, they fret about their cash flow as smaller businesses must. Many believe that these tough times will pass once China’s economic pressures are relieved, that it’s just a matter of weathering the storm. The truth is, however, that China’s internet industry is plateauing; the period of rapid growth and enormous profitability has come to an end. How will the little giants position themselves to survive?

To prepare for rough times, ByteDance will expand its advertising business, cut spending and invest smarter.

In 2015, ByteDance made ¥1.6 billion ($234 million) in revenue. ByteDance reinvests its earnings in exchange for high-level growth. As a result, three years later, in 2018, that number became around ¥50 billion as the company sustained a 300... 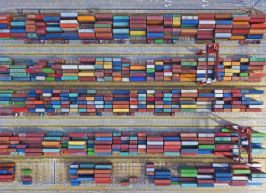