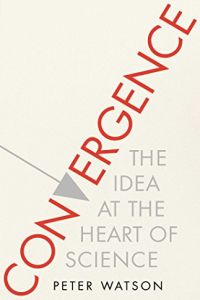 Historian Peter Watson offers a focused, intelligent and entertaining history of the sciences and a discussion of the nature of the physical universe. He reports on scientific and human history to argue that the sciences converge and addresss all aspects of human existence. Though this volume runs more than 500 pages, Watson races through some explanations, including those of dauntingly complex and arcane scientific concepts. Of necessity, he ranges near and far, touching upon relativity, myth, continental drift, evolution, the periodic table and myriad other topics. Watson is an impressive, articulate polymath. And when you finish this engaging tome, you will be one, too. getAbstract recommends Watson’s persuasive, impressive cosmic overview to everyone interested in science, history, progress or how disciplines intersect over time.

Peter Watson is an intellectual historian who has written more than a dozen books, including Ideas: A History, The Age of Atheists and The Great Divide.

Studying convergence shows how science illuminates many other disciplines. Current thinkers apply the teachings of science to “philosophy, to morality, to history” and even to politics and general culture. Understanding convergence reveals a beautiful underlying order to the natural world.

In the 19th century, a range of breakthroughs linked different realms. Michael Faraday showed the connection between electricity and magnetism. The development of photography demonstrated how light drives chemical changes. James Prescott Joule helped systematize and consolidate thermodynamics. Germany’s Rudolf Clausius articulated principles recognized later as the first two laws of thermodynamics. James Clerk Maxwell contributed the idea of “electromagnetic waves” and used statistical reasoning to understand how molecules in a gas move. The laws of thermodynamics helped drive the understanding of physics past a mechanistic, Newtonian model.

Astronomy saw its biggest changes since Copernicus and Newton. Wilhelm Herschel built new telescopes. He and his sister Caroline Herschel used them to discover comets and a new planet, Uranus. They speculated that some nebulae...