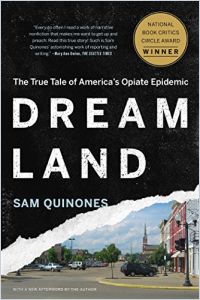 In the United States, medical beliefs about treating pain shifted near the end of the 20th century toward greater use of opiates. “Pill mills” proliferated as doctors wrote prescriptions without closely examining patients. As journalist Sam Quinones reports, the opiate epidemic left America vulnerable to Mexican heroin. A network of heroin cells called the Xalisco Boys operated like a pizza-delivery business. Such cells and the proliferation of pain clinics generated widespread addiction. In 2012, opiates led to more unintended deaths in the US than car accidents. Quinones shows how pharma companies and heroin dealers produced the deadliest drug scourge in American history.

Opiates now claim more addicts and cause more deaths than crack cocaine in the 1990’s or heroin in the 1970’s.

By 2012, accidental deaths in the United States due to overdoses of heroin and prescription painkillers outnumbered deaths in auto accidents. Opiate pills prescribed for pain relief have led to heroin abuse, notably among young, white middle-class users.

How the deadliest drug scourge in American history spread among privileged kids is a story with many themes, including addiction, marketing, affluence and deprivation. At the time of the United States’ 1914 Harrison Narcotics Tax Act, meant to control opiates, doctors suffered arrest and criminal charges for giving addicts opiate prescriptions. Government propaganda and cooperative media portrayed addicts as demonic “dope fiends.

In 1980, the influential New England Journal of Medicine published a one-paragraph research note headed “Addiction Rare in Patients Treated with Narcotics.” The authors were Dr. Hershel Jick, a database builder... 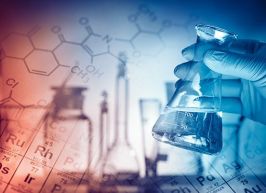