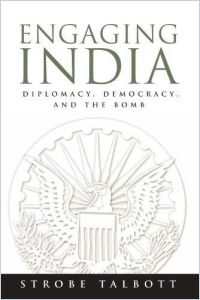 This memoir is a lucid account of one of the most important diplomatic episodes in recent history - the dialogue that opened between the U.S. and India subsequent to India’s atomic weapons test in 1998. Author Strobe Talbot, a lifelong diplomat, recaps the history of the India-Pakistan dispute, explains why Indian-U.S. relations were in deplorable condition, and leaves readers in no doubt about the importance of resolving the situation or about the difficulty of doing so. Talbot’s direct involvement in the diplomacy that restored U.S.-Indian relations was relatively brief, but it laid the foundation for a new level of cooperation and dialogue. getAbstract commends his deft portrait of high-level diplomacy in action.

Strobe Talbott, president of the Brookings Institution, served as the United States’ deputy secretary of state from 1994-2001. Previously, he was a correspondent and columnist for Time magazine.

Everybody’s Got the Bomb

On Monday, May 11, 1998, author and Deputy Secretary of State Strobe Talbot arrived in his office and plunged into the routine of meetings and discussions of the usual array of daunting, high stakes crises. On the agenda: the conflict in Northern Ireland, the conflict in Kosovo, Iraq’s attempt to avoid U.S.-imposed isolation and the upcoming summit of the G-7 economic powers. Then Phyllis Oakley, chief of the State Department’s intelligence and research bureau, arrived with the utterly unexpected news that India had tested a nuclear weapon just hours earlier. The test caught American intelligence services utterly unprepared - Oakley had learned about it on CNN.

India’s test was the catalyst for a serious overhaul in U.S.-Indian diplomatic relations. U.S. attention had not focused on India previously. Although India was the world’s biggest democracy, and clearly a nuclear power (even before that particular test), its affairs had rested on a rather remote back burner for most of the post-WWII period. But the bomb test forced a change, launching a dialogue between Talbot (on behalf of President Bill Clinton) and Indian foreign minister Jaswant... 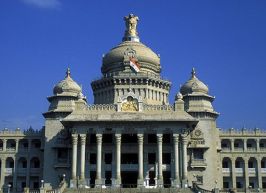