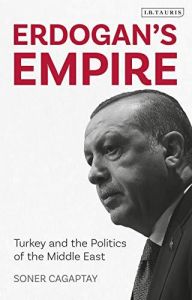 Turkey and the Politics of the Middle East

Political scientist Soner Cagaptay details Recep Tayyip Erdoğan’s rise to power in Turkey and how his approach has changed that nation.

Reviewers appreciated the complexity of Cagaptay’s approach and his attempts to explain Turkey to those who know little about it. The Washington Post, for example, wrote, “Americans, Israelis and Europeans may not like the headstrong, ruthless Erdoğan, but after reading Cagaptay’s book, they’ll at least understand him.”  Ozdem Sanberk, former undersecretary at the Turkish Foreign Ministry, called this book a “must-read for citizens around the globe.”

MBS
9
Book
The Chancellor
8
Book
The Future of Money