Diversity consultant Howard J. Ross shows how to free yourself from biases you probably don’t even know you have. The problem is that biases are unconscious. As a result, you may be unaware of some of the reasons underlying your actions and reactions. You may have rejected a job applicant who resembles someone you don’t like, or you might choose a presidential candidate based on height. You may have missed great opportunities because of a hidden antipathy against certain groups of people or an unacknowledged assumption about gender roles. If you increase your awareness of your biases, you can take steps to circumvent them – as do orchestras that audition players behind a screen to bypass race, age and gender biases, and just hear the music. Ross explains the evolutionary roots of bias, and outlines strategies for finding and defusing individual and organizational prejudices. He recounts fascinating research findings, such as the one featuring radiologists so intent on spotting cancer cells that they didn’t notice the inch-tall image of a gorilla that researchers had superimposed on the X-ray. getAbstract recommends Ross’s insights to human resource professionals, managers and leaders dealing with a diverse workforce, and to anyone seeking to learn, grow and evolve.

Everyone has biases. Over a lifetime, you and every other human being compile a mental database of judgments, beliefs and prejudices. You draw on this resource to make virtually every decision. But, you usually won’t know you’re checking in with your hidden biases because this database is stored in your unconscious mind. It filters your decisions beyond your awareness.

“We not only are profoundly biased, but we also almost never know we are being biased.”

People around the globe strive to erase such biases. Nations, states and communities have outlawed discrimination, instituted speech codes, and launched initiatives to foster tolerance in schools, businesses and other organizations. Society has made progress in racial equality, women’s rights, and the acceptance of lesbian, gay, bisexual and transgender people.

“Hidden prejudices and biases are surprisingly influential underpinnings to all the decisions we make, affecting our feelings and, consequently, our actions.”

But intolerance and inequality persist. The results are often unfair and sometimes tragic. Disparities affect how hospitals treat patients of different races. Women’s salaries lag behind men’s. African Americans go to jail at a much higher rate than white Americans. Gay teenagers are four times more likely to kill themselves than straight teenagers. Since the recession began in 2008, anti-immigrant sentiment has increased in the US and Europe.

“Possessing bias is part and parcel of being human. And the more we think we are immune to it, the greater the likelihood that our own biases will be invisible or unconscious to us!”

Most prejudices are invisible to the people who hold them. Your unconscious biases have power only because you remain unaware of them. Increasing your awareness and enlarging your consciousness enables you to confront and undermine the power of your biases.

Biases cause mischief, but their presence makes sense in evolutionary terms. The world was a dangerous place for humankind’s primitive ancestors and they needed to sense danger instantly and decide how to react. They learned to categorize people, things and animals quickly and to assign values to them: safe or unsafe, friend or foe. They automatically categorized a new person or situation by searching their memories for similar phenomena from the past. To stay safe, they had to make snap judgments based on superficial cues.

“Sometimes, dealing more effectively with unconscious bias involves something as simple as just noticing the bias.”

The human brain still functions this way: People unconsciously size up strangers by their clothes or accents. You might reject a job candidate because he or she resembles someone you don’t like. You may come up with a conscious reason that’s a rationalization for your gut reaction. Because your biases are unconscious, you can’t determine how much influence they have.

“One of the most effective ways to begin to dis-identify with our biases is through exposure to people and groups we harbor biases against.”

Not all of your biases come from personal experience. You pick up many prejudices because your culture widely supports them. Human beings need a sense of belonging to a group. Cultural standards and norms reinforce that feeling of belonging and unity by inculcating biases against outsiders. Electronic media reinforce group biases. Every political ideology, for instance, has websites and cable TV channels that affirm their adherents’ biases.

The Mechanisms of Bias

The way the brain filters reality causes you to create biases. Its mechanisms include:

The benefits of controlling your biases are obvious. You can take your decision making off automatic pilot. Businesses can tap talent from a wider pool. A more diverse student body would enrich the experience of getting an education.

Why do biases endure? Perhaps they linger because society attacks the problem from the wrong direction. It tries to suppress biases, to shame people out of their prejudices. This approach is more likely to provoke defensiveness, guilt and denial than to inspire change. Acknowledging that everyone has biases and trying to increase each person’s awareness of them would be more productive.

Pull your hidden biases into the light to figure out strategies for defusing their influence. Sometimes merely being aware of a bias can reduce its power. That’s what happened with a bias that researchers identified among professional basketball referees. Researchers found that white referees called fouls on black players more frequently than on white players. Black officials called fouls on a disproportionate share of white players. After the study became well known, the discrepancy practically vanished, even though the league took no special initiatives to address it.

Cultivate your awareness of hidden biases and drain their power by following six steps:

Businesses and other organizations develop biases. Be on the lookout for “collective biases” any time you hear the phrase that’s “the way we do things around here.” You’ll find these biases in every decision a group makes in different areas, including hiring, work flow and marketing. When you become aware of these biases, you can put mechanisms in place that lead to more rational decision making.

“Our minds quickly go to the solutions that make the most sense and often miss other possibilities that are right in front of us.”

A great example of outsmarting unconscious bias comes from the way symphony orchestras addressed the underrepresentation of women in their ranks. Before 1970, orchestras were about 95% male, a ratio that may have reflected the bias of those who chose the musicians. Beginning in the 1970s, major orchestras instituted blind auditions: They identified candidates by numbers instead of names, and had them play their music from behind a screen. Blind to bias-triggering cues such as race or gender, the listeners could focus entirely on the quality of each person’s musicianship. The number of female orchestra members has increased an average of 25%.

“Knowing not to believe everything you think is a good start toward managing bias.”

Other organizations can use analogous tactics to mitigate the effects of bias. Since the goal is to expand the consciousness of the organization, this effort will differ from the usual ways you might cultivate diversity. Usually, organizations attempt to contend with bias or prejudice by discouraging prejudicial behavior. The result is a culture of “political correctness” that hides the issues you need to examine. Teach your team members to become aware of biases, to learn how biases affect their performance, as well as to work to mitigate those biases.

Examine every aspect of your business for signs of bias. Create an organizational map, drawing on employee or customer surveys, focus groups and other data sources to discern patterns in your treatment of various groups. For instance, can you find a consistent pattern in the way your recruiters rate résumés from female and male job applicants? Interview former employees to discern their inside and outside views of your processes.

“We have a largely unconscious tendency to see ourselves in a positive light.”

Many of the antibias measures you put in place will be small, but they can have a big impact. For instance, in employee evaluations, eliminate assessments that rate employees with number scores or descriptors like “good” or “poor.” Such ratings invite bias because different supervisors may interpret the rankings in different ways. Utilize a narrative approach, in which you tell employees “what they should stop doing, start doing and continue to do.” 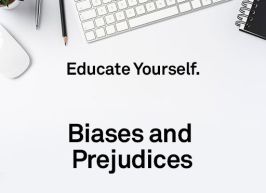 Educate Yourself: Biases and Prejudices
Discrimination 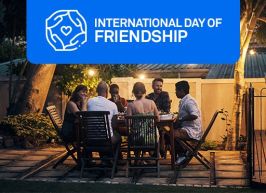