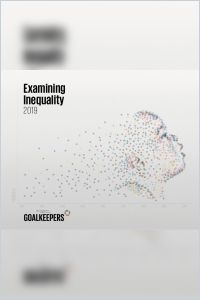 Bill and Melinda Gates were born in the United States to affluent parents who raised them in a stable community and sent them to the best schools. People like Bill and Melinda Gates begin life already on the path to success, but that’s not true of everyone. For billions around the world, a life of hardship and countless obstacles is inevitable. This incisive Gates Foundation report lays out the reasons why access to health care and education are necessary for a good and prosperous life, and it will offer hope to anyone concerned about the future of the globe.

Where you were born can determine your future.

While health and education in every country improved from 2000 to 2017, billions of people will likely not reap the benefits promised by the UN’s Sustainable Development Goals (SDGs) by 2030. The circumstances are especially dire in the African nation of Chad, which has high rates of child mortality and is prone to drought, and where girls are inhibited from advancing due to social customs and expectations.

Although the gap between countries is not as bad as it once was, it remains immense; fewer children die per year in Finland than die in Chad on an average day. Inequality also remains vast within countries, with wide variations in infant mortality rates...

The Moment of Lift
9

How to Avoid a Climate Disaster
10
Is It Too Late to Stop Climate Change?
8
What Will the World Look Like After COVID-19?
9
Let’s Create the Third Wave of Poverty Reduction
8
Gene Editing for Good
8
Bill Gates on Energy Innovation
8
Business @ the Speed of Thought
5 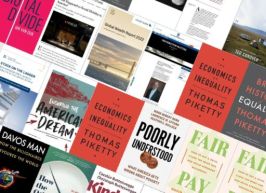