“The current moment particularly worries intelligence and law enforcement officials because they see violence erupting globally, empowered by social media and lone actors referencing each other.”

“Given the persistence of conspiracy theories, and the fact that they now have a megaphone in the White House, it’s easy to imagine that certain lies, once let out of the genie’s bottle, will never fully be stopped.”

A new generation of “deepfakes” – sound and video fabricated with artificial intelligence (AI) – could create real-seeming records of things political candidates supposedly said and did. The possible forms these manipulations could take are limitless, weaken democratic institutions and increase societal vulnerability to authoritarians.

3. The COVID-19 pandemic is natural, but laboratory failures and bioterrorism could wreak even more havoc.

“Biosecurity” protects people from the accidental release of toxic biological agents from laboratories and terrorists, or biological warfare by biological agents. The size of today’s population and its reliance on technology make people more vulnerable to such risks than ever.

“While the COVID-19 virus is likely to have emerged from a Wuhan wet market rather than a lab accident, lab accidents actually have a longer and more worrisome history than many people realize.”

More sophisticated technology makes it easier for criminals, terrorists and “rogue states” to create biological weapons. New “superviruses” could accidentally spread from a lab or be manufactured and disseminated on purpose for little money. The coronavirus pandemic shows that even a relatively small epidemic causes massive amounts of disruption. The United States and the rest of the world lack readiness for such biological disasters.

The United States in recent years focused on the possibility of cyberattacks against critical infrastructure, especially from Russia, which, for example, shut down Ukraine’s power grid and disrupted and stole from various multinational institutions. Russia isn’t the only threat. North Korea deployed ransomware that shut down part of Britain’s health system.

The threat of such attacks grows more grave as people and societies become increasingly reliant on interconnected technological systems that are inherently vulnerable. In what would amount to a worst case scenario, either malicious actors or natural phenomena could destroy crucial infrastructure, especially the capacity to generate power.

5. Even in the post-Cold War world, the threat of nuclear war remains.

“The Trump administration is pouring billions of dollars into nuclear weapons and is allowing key arms-controls treaties, like the Intermediate-Range Nuclear Forces Treaty and Open Skies, to crumble amid disputes with Russia.”

The threat of nuclear attack from a terrorist group has all but disappeared. The real threat comes from nations. One fear is of an “unintended” nuclear escalation. India and Pakistan are nuclear powers at odds. North Korea might launch a nuclear attack on US territory. A nuclear exchange between the US and China or Russia could lead to hundreds of millions of deaths. The president of the United States has close to 1,000 nuclear weapons at his disposal and virtually no limitations on their use.

6. Climate change can cause disasters such as hurricanes and wildfires, and disrupt where people live and their access to food and water.

Climate change will affect vast numbers of human lives. Disasters like wildfires and hurricanes will become far more intense and damaging. Recent examples include the fires that swept Australia before the coronavirus pandemic and, in the United States, hurricanes Katrina and Sandy.

“Climate change, in short, is a recipe for a seemingly never-ending series of humanitarian disasters and geopolitical instability.”

Shifts in ocean currents and rising sea levels affect agriculture worldwide and where human beings can live. Hundreds of millions of people reside at sea-level and rising water could cause mass migrations and social conflict. Climate change may cause humanitarian crises and global instability, which raise the risk of repercussions like civil unrest and nuclear war.

7. The coronavirus pandemic’s effects will last for years and may undermine the polarized US as a superpower.

COVID-19’s impact will be profound and widespread. The United States failed to address the coronavirus head on. This suggests that it may not be any more adept at handling the pandemic’s broader global impact.

“There are massive economic, societal and security benefits that come from being the world’s leading superpower. What happens if [the US isn’t that] anymore?”

The world’s political and economic power structure was already in the process of realigning. Faced with a global recession, a politically polarized America may not be willing or capable of providing leadership. When the United States finally moves past the pandemic, it may no longer be a political or economic world leader. Giving up its privileged position as a superpower – if that happened – would bring other costs, such as no longer leading in innovation or in the development of new technologies.

8. Massive earthquakes could disrupt significant swaths of the United States.

People have joked about the “Big One” along California’s San Andreas Fault for years, but other major fault lines can affect the United States as well. The Cascadia Subduction Zone in the Pacific Ocean off the Northwest coast, for example, could unleash a catastrophic earthquake and tsunami, causing tens of thousands of deaths and leaving hundreds of thousands of people displaced. Such a quake has an up to 14% chance of taking place by 2070.

The New Madrid Seismic Zone from Arkansas to Illinois could generate a devastating quake, also possibly by 2070. Given its location, such a quake would have a massive impact on agriculture and the US food distribution system. It is daunting to think of such an event.

9. Human beings need to prepare for potential or combinations of disasters they cannot foresee.

Many catastrophic risks lurk that people didn’t know about until recently, and presumably there are many more that people don’t know about yet. In the current world, governed as it is by political election cycles and quarterly profits, it’s not easy for policymakers to plan for long-term but largely unknown threats. Yet, governments can identify and try to protect critical infrastructure, such as power generation and the transportation of supplies – functions that will, at the least, “keep the economy humming.”

“The COVID crisis…is making clear how seemingly mundane business moves – like the market consolidation of the meatpacking industry – can lead to large-scale consequences in a disaster.”

However, the most alarming possibility is that several disasters could unfold simultaneously. The coronavirus or other pandemic could continue to spread as cyberattacks, wildfires, hurricanes and earthquakes could occur – all at the same time. The fact that people are likely to be caught unawares by the next disaster, or combination of disasters, underscores the importance of maintaining resilient and adaptative societies. 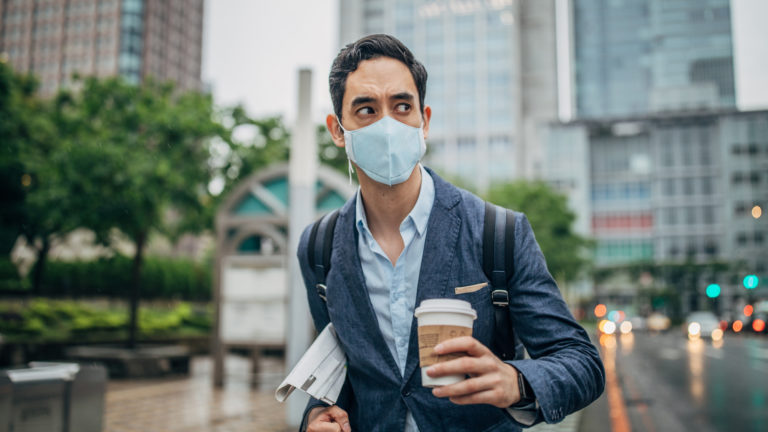 Where does the virus come from? How dangerous is it? How can you prevent contracting it? And when will a vaccine be available? Cases of a novel coronavirus (severe acute respiratory syndrome coronavirus 2, SARS-CoV-2) are confirmed all over the world. It is the cause of Coronavirus disease 2019, COVID-19, as it is called by […]