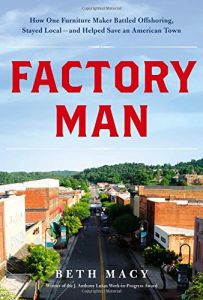 How One Furniture Maker Battled Offshoring, Stayed Local – and Helped Save an American Town

Economists call it “creative destruction” and teach that capitalism’s evolution is necessarily messy. According to this theory, unemployment, ruined companies and disappearing industries are the price of progress. John D. Bassett III, of Virginia’s Vaughan-Bassett Furniture, wasn’t buying it. Journalist Beth Macy traces his quest to preserve his family factory and save the jobs of the 700 people who work there as he proves that one person can make a difference. He’s a colorful character – a crusty, stubborn southerner who outmaneuvers the Chinese, battles his own retailers, fights job migration and relentlessly pushes his workers while just as tenaciously going to bat for them. By boosting his plant’s efficiency and battling unfair trade practices, he saved the factory and turned it into the US’s top bedroom furniture maker. Macy’s prose paints a vivid portrait of the almost-feudal world of a southern company town, from the shacks by the river to the mansions on the hill, with the factory roaring at the center. getAbstract recommends this inspiring saga to managers, entrepreneurs, small-business owners and CEOs contending with globalization.

The US furniture industry shifted its center of gravity several times in its centuries-long pursuit of cheaper labor. New England snatched the furniture-making crown from England, and then Michigan and New York State took it. For most of the 20th century, the southern US reigned as the world furniture capital. The center shifted again in the latter half of the century, as China emerged as the top provider of low-cost goods.

By 2003, some 73,000 jobs disappeared from furniture and fixture plants in the US, migrating to factories in Taiwan, Hong Kong and Indonesia. The former company towns that run along US Route 58 just north of the North Carolina–Virginia line are now expanses of empty factories and vacant, weed-filled lots. But the Vaughan-Bassett factory in Galax, Virginia, is still humming and still turning out the wooden bedroom furniture it has made since 1919.

It survived because Vaughan-Bassett president John D. Bassett III refused to join the offshore labor chase. Instead, he went into battle.

In 1902, John D. Bassett built a plant in the town of Bassett, Virginia. The Bassett Furniture Company had several...

Beth Macy writes for the Roanoke Times. She received a Nieman Fellowship in Journalism at Harvard in 2010 and won the 2013 J. Anthony Lukas Work-In-Progress Award for Factory Man.

How to Save the World For Free
9 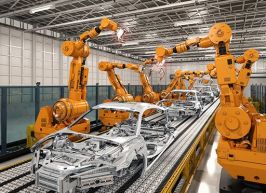 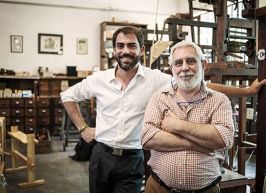