Summary of Fascinate, Revised and Updated 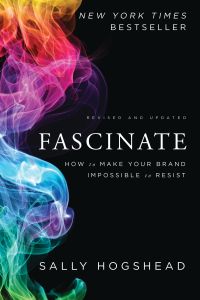 The word “fascinate” derives from the Latin word fascinare, meaning “to bewitch or hold captive so others are powerless to resist.” Being able to “fascinate” others is a powerful capability that companies can use to promote their products or services. In this second edition of Fascinate, branding expert Sally Hogshead’s major overhaul of her 2010 bestseller, you’ll learn how to use marketing to fascinate customers with your product. Hogshead’s original edition explained why certain ideas and individuals fascinate people. Here, she goes beyond explaining why fascination works to explaining how. She tells marketers how to use her branding tactics to sell their goods or services. Being fascinating could be very handy for marketers, entrepreneurs, consultants, coaches, speakers, politicians and business owners.

Best-selling author Sally Hogshead also wrote How the World Sees You and developed the Fascination Advantage® assessment. She is an award-winning copywriter, and her advertising work hangs in the Smithsonian Museum of American History.

Dinosaur Food is a popular candy for small children. You can buy it in gift shops, if it isn’t sold out. The packaging shows a ferocious T-rex chasing terrified little kids. The actual food inside the $3.99 package is five gummy worms, candy that cost about three cents to produce. The manufacturer makes a Tyrannosaurus-sized profit for one reason: the super-cool Dinosaur Food name, which fascinates small children. Little kids see parents who bring home Dinosaur Food as conquering heroes, wrangling a game from a scary prehistoric era. That’s the magic of a product that fascinates its consumers.

The Appeal of a Cult Beverage

Jägermeister, a German herbal liqueur, fascinates its loyalists though most drinkers say they dislike its bittersweet flavor, which has been compared to cough medicine or licorice. Yet, it is a global sales champ among spirits. How can this be? The answer is clear: fascination. In its quirky green bottle, mysteriously decorated with a glowing cross between a stag’s antlers, Jägermeister intrigues the people who line up to buy shots. Ironically, most drinkers...