Summary of Fooled by Randomness 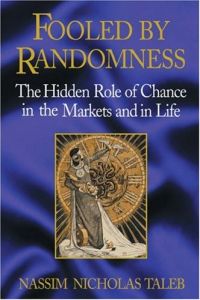 The past decade has witnessed the release of many books about risk management and assessment, but none have managed to illustrate the role that random events play in life and markets as well as Nissim Nicholas Taleb’s latest work. Writing in a leisurely and personal style that makes his complex subject utterly accessible, Taleb instructs us on how to account for randomness in our decision making, and illustrates the many ways in which we confuse luck with skill. getAbstract highly recommends this book, which many investors will wish they had read in, say, 1994.

Nassim Nicholas Taleb is the founder of Empirica Capital LLC and an adjunct professor at the Courant Institute of Mathematical Sciences of New York University. He held senior trading positions in New York and London, and worked as a floor trader in Chicago. He is the author of Dynamic Hedging, and was inducted into the Derivates Strategy Hall of Fame in 2001 for his record of debunking myths and false gurus. He received his MBA from the Wharton School at the University of Pennsylvania and has a Ph.D. from the University of Paris Dauphine.

You must understand the role of randomness in both trading and everyday life to avoid becoming a victim of your own superstitious foolishness.

Consider the fortunes of two fictional traders, Nero and John:

The moral of this story is that sometimes the more cautious style pays off, since it compensates for the potential of the rare, destructive, random event in daily life. Nero’s goal was not to maximize profits, but to avoid losing his opportunity to trade and make money.

Therefore, he rapidly exited trades after experiencing a predetermined loss and never sold naked options, which would expose him to potentially very large losses. His approach didn’t depend on the bull market, so he ...

Skin in the Game
9

The Facts Are True, the News Is Fake
8

The Most Intolerant Wins
9

Thinking, Fast and Slow
8
Too Smart for Our Own Good
8
More Than Just Weather and Music
7
Creative Quest
8
Consistency Selling
7
Leading Beyond the Ego
8 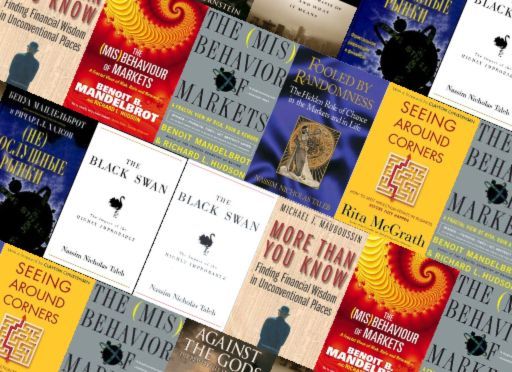