Summary of For Better or For Work 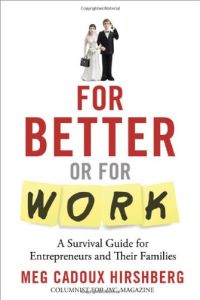 Business journalist Meg Cadoux Hirshberg’s article “Hitched to Someone Else’s Dream” appeared in the September 2008 issue of Inc. magazine. She described the early, stressful beginnings of Stonyfield Farms, the company her husband co-founded. Though it is now the world’s largest organic yogurt firm, nine years of hard work passed before it made a profit. That article and the subsequent response from entrepreneurial couples and families led Hirshberg to write this book, where the advice ranges from the truly informed inside perspective to a few pretty obvious tips. getAbstract recommends her hilarious, heartbreaking, essential guide and its many family business war stories to current and aspiring entrepreneurs, their spouses and families, and other busy professionals seeking work-life balance.

Married couples promise to stay together for better or worse, for richer or poorer, in sickness and in health. Entrepreneurs love the rush that comes from starting their own companies, but their spouses – who did not include business in their wedding vows – may yearn for stability and a regular paycheck.

Meg Cadoux was working in New Jersey at an organic vegetable farm when she met Gary Hirshberg. Though “knee-deep in milk and muck,” the two became a couple. In January 1986, they moved into an old Federal-style farmhouse they shared with Hirshberg’s business partner, Samuel Kaymen, his wife Louisa and their five daughters. Although Stonyfield Yogurt now enjoys $370 million a year in sales, the company barely survived in the beginning. Problems included spoiled yogurt, broken machines and endless financial pressure. Stonyfield borrowed from family members, including Meg’s three brothers and her mother.

Entrepreneurs who need start-up capital often turn to family and friends, but their support comes at a price beyond dollars and cents. For example, one entrepreneur and her husband started a consumer goods company with start-up capital from her ... 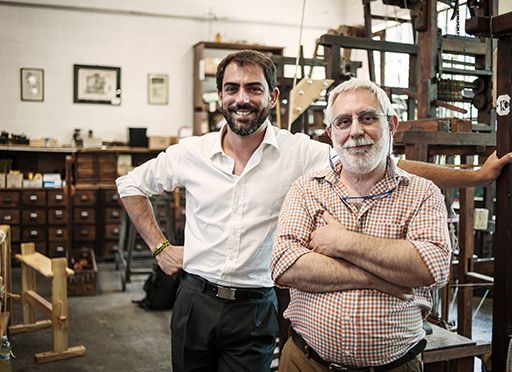