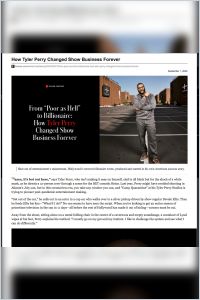 The 15 Objects That Defined 2020
8
Hollywood's Obituary, the Sequel. Now Streaming
8
Why America Is Afraid of TikTok
8
A Brief History of Netflix Personalization
8
Race and the Newsroom
8
How Mariah Carey Built All I Want for Christmas Is You Into a Holiday Juggernaut
8