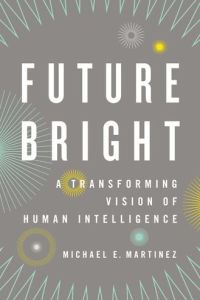 In this methodical discussion, Professor Michael E. Martinez defines intelligence, reviews how humans have codified and studied it through history, and explains its theoretical and biological foundations. He addresses the mechanical – like how synapses work – and the hypothetical, such as the nature of nonhuman and artificial intelligences. He even explains how to increase your intelligence. The subject requires Martinez to make fine distinctions and discuss scholarly articles, so readers may find the result slow going. That caveat aside, getAbstract recommends his insights as food for thought for readers interested in human intelligence, education, testing and societal trends.

Michael E. Martinez is the former vice chair of the Department of Education at the University of California, Irvine. He specialized in enhancing intelligence and improving education.

The Meaning and Importance of Intelligence

Intelligence is key to 21st century success, and the market demand for it is only increasing. Computers excel at routine functions, but the “human intellect” solves problems. Your mind excels at integrating and applying large masses of information, communicating with others and allowing people to work together smoothly.

Francis Galton’s 1869 Hereditary Genius was the first real scientific analysis of intelligence. Galton analyzed “geniuses,” trying to understand how these rare people – one in 1,000 – helped shape their societies. At the end of the 19th century, Parisian educators asked psychologist Alfred Binet to help them identify why, after receiving the same instruction, some students performed well and others didn’t. Binet developed the first intelligence test and fomented the idea of the intelligence “quotient” (IQ). His test measured how children performed compared to their peers and calculated the comparison as a quotient. This model is limited by being comparative – rather than absolute – and by working better for children than for adults.

The purpose of measuring IQ was to predict success. Starting...