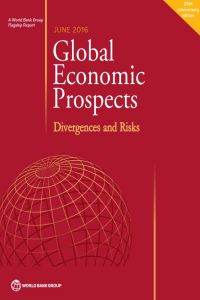 The international economic complex continues to inch forward, continuing its years-long recovery from the 2008 global financial crisis. Yet policy officials and economists at the World Bank expect the pace of expansion to slow substantively during the rest of 2016. The sclerotic growth is fomenting political and economic turmoil – witness the Brexit vote – and a far more pronounced nationalist tone across the sovereign landscape. The weak forecasts for developed and developing markets are of particular concern; both lack resiliency in an environment with high public and private debt levels, low commodity prices, and potentially volatile global capital flows. getAbstract recommends this comprehensive and authoritative mid-year review on the state of the global economy to executives, economists and investors.

Economists at the World Bank were much less sanguine in June 2016 about the prospects for global economic growth than they were in January 2016. In fact, they lowered their initial prediction of a 2.9% expansion to 2.4%, the same rate the world economy achieved in 2015.

While the pace of economic growth differs according to geographical considerations and countries’ trade positions (emerging versus developed economies, and commodity importers versus exporters), the current global disquiet makes forecasting economic activity with accuracy exceedingly difficult. Negative interest rates in several countries compound this problem, as do rising debt, geopolitical risk, and monetary and fiscal policy constraints across many nations.

Growth patterns in the developed and developing worlds depend on a number of specific trends related to the financial, energy, commodities and trade sectors. In the banking market, continuing low interest rates remain a problem for financial institutions, especially in the euro zone and Japan. Capital flows into the developing world have stabilized for now, but global liquidity is still somewhat...