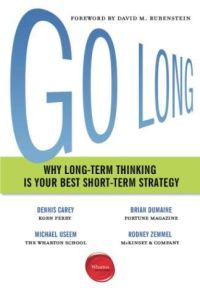 An expert panel of authors – top recruiter Dennis Carey, award-winning editor Brian Dumaine, management professor Michael Useem and McKinsey managing partner Rodney Zemmel – assert that too many CEOs prioritize short-term profits over long-term gains. In direct, economical prose, they detail and promote the merits of long-term business thinking, planning and strategizing. The authors explain how to structure and fulfill long-term strategy, and they outline the steps CEOs should prioritize to achieve far-reaching value. getAbstract recommends their commonsense, innovative manual to executives who want to escape the destructive frenzy of short-term thinking so they can lead their organizations to growth and sustained profitability.

The smartest, most sensible business strategy is to strive for long-term commercial success. According to research by the McKinsey Global Institute, firms with a long-term orientation that invest heavily in R&D – generally putting in 50% more than other firms – achieve about 47% more business growth than firms that invest less in R&D because they consider only short-term benefits.

On average, corporations that pursue long-term goals open 12,000 more jobs than firms that focus on the short term. McKinsey’s research notes that if all publicly listed firms in the United States had created jobs at the same impressive rate shown by firms run with long-term thinking, America’s GDP would have increased by $1 trillion since 2008.

Unfortunately, many of the institutional investors and hedge funds that corporations depend on for capital support constantly pressure CEOs to achieve maximum short-term gains. They demand that chief executives maximize quarterly earnings and dividends. They want CEOs to... 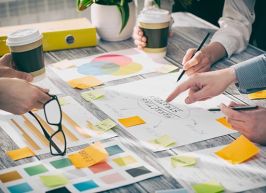