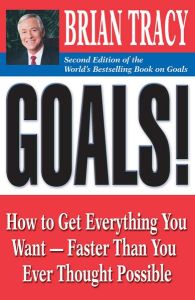 The author grins, distinguished, gray-haired, gray-suited, from the dust jacket of this book, looking like everything a hokey, hustling confidence man should be. The book’s subtitle, promising "everything you want," seems designed to provoke skepticism. But, hey, it’s the new age: give this the benefit of the doubt - the confidence at stake here is yours. The core recommendation is simple and undeniably effective: define your goals, write them down, make a plan to achieve them and work on the plan every day. How could you fail if you really did this? Whether you would achieve "everything you want" is another matter, but you can’t fault the method. Putting it to work is the hard part. To preview the gist of the book or review the meat of it, getAbstract recommends the convenient bullet charts that concisely repeat: take charge of your life, set goals, plan, implement and progress. If the message is repeated often enough, you might even write something down and just do it.

Have a Good Day

What a great time to live! The U.S. has more millionaires than ever before. In 1900, only 5,000 Americans were millionaires; today, a scant century later, the country has five million - almost all self-made. That will double or quadruple in the next 20 years, so perhaps your goal should be to become a self-made millionaire.

This book will lay out, step by step, what you need to do to reach that goal.

Look at author Brian Tracy. He dropped out of high school at 18, worked as a dishwasher, a car washer and a floor washer. He drifted from job to job, sawmills, factories, farms, logging camps, construction. He slept in his car or found cheap flophouses. He moved up the ladder to commission sales, door-to-door, office-to-office, cold calls. He worked all day to make a sale so he could pay the flophouse for a room that night. He was at the bottom.

Then his life changed. What changed it? He wrote down a crazy goal: to make $1,000 a month in commissions. He never looked at the paper again, but just writing that goal turned his whole life around. Within a month, he discovered a new way to close sales. His company’s new owner offered him $1,000 per...

During his rags to riches career, Brian Tracy has consulted with more than 500 corporations including IBM, Ford, McDonnell Douglas, Xerox, Hewlett Packard, U.S. Bancorp, Northwestern Mutual and FedEx. He has written 28 books and 300 audio programs, and his work has been translated into 20 languages.

Every Job Is a Sales Job
8 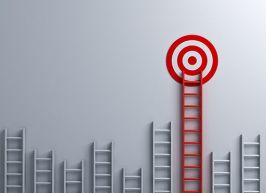