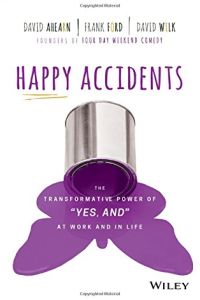 Performers David Ahearn, Frank Ford and David Wilk of the Four Day Weekend improvisation group offer a new approach to conquering negativity, setting priorities, and getting the most from your life and work by using techniques from improvisational comedy. They harness the positive power of saying “Yes, and” instead of “No, but.” They suggest saying “yes” to affirm others and then saying “and” before adding your thoughts and feelings. The authors draw on two decades of experience in improv to show you how to open your mind-set to new possibilities, have faith in providence and take advantage of opportunities. Chapters end with highlights, exercises and “encore exercises” drawn from improv. getAbstract suggests this doorway into a different approach to readers who are open to an unconventional perspective with a dash of stagecraft.

David Ahearn, Frank Ford, David Wilk and Troy Grant sat together one night in a dark apartment. The utility company had turned off the power due to nonpayment. A comedy club had just fired three of them. The fourth had recently quit his job as a stand-up comic due to a conflict with management. In time, with the aid of a few “happy accidents” – great, coincidental breakthroughs – and the potency of saying “Yes, and” to new opportunities and viewpoints, they created the flourishing Four Day Weekend improvisational troupe and had great success.

In 1997, Four Day Weekend booked a six-week run. Due to a series of happy accidents, it performed more than 5,700 shows as of 2017. Group members realized they could achieve almost anything if they shifted from a habitual, negative “No, but” perspective to a positive mind-set that responded to people, ideas and opportunities with “yes, and.”

Comedians who perform stand-up comedy draw on their egos and their individual perspectives and ideas. They work alone. Improv depends on the members of a group working together. An improv group ...

The Weekend Effect
8
Getting to “Yes And”
8
Crushing It!
9
Back to Human
8
Bring Your Human to Work
7
The One Device
9 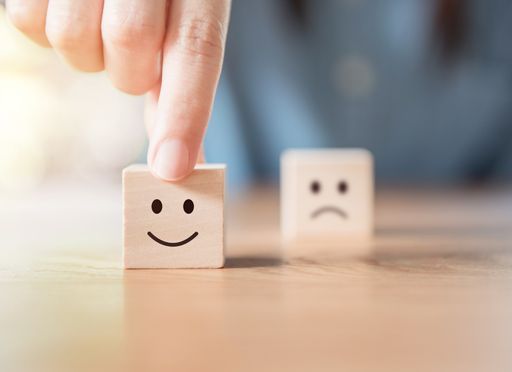