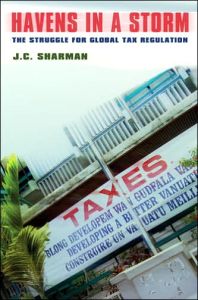 Havens in a Storm

The Struggle for Global Tax Regulation

The battle seemed like a no-brainer: The world’s superpowers launched an effort to force tiny tax havens such as the Cayman Islands, Barbados and Mauritius to raise their taxes. Yet, in this contentious war of words, the underdogs prevailed. In his look at the major nations’ four-year attempt to crack down on tax havens, J.C. Sharman produces an intriguing study of what the big countries did wrong and what the small states did right. While his style is stilted at times, Sharman delivers a trenchant analysis of this high-stakes dispute and its surprising outcome. getAbstract recommends this bracing David-and-Goliath story to readers seeking perspective on the tax wars in particular and on international relations in general.

A Tax Battle with Billions at Stake

Whether you call them “tax havens” or “international financial capitals,” small nations in the Caribbean and elsewhere hold an outsized role in international tax debates. In the early 1990s, members of the Group of Seven (the G7, now the G8), the European Union (EU) and the Organization for Economic Cooperation and Development (OECD) realized their tax revenues were disappearing at an alarming rate as investors fled to tiny nations with favorable tax laws. The U.S. alone saw an estimated $70 billion drop in annual tax revenue as taxpayers moved money offshore. Major economies lost hundreds of billions of tax dollars to offshore financial capitals.

With so much at stake, developed nations launched an aggressive initiative from 1998 to 2004 to urge tax havens to make themselves less attractive to haven-seeking capital. Shockingly, the small nations managed to fend off the larger countries, one of the rare instances of underdog states prevailing over the superpowers. Developed nations, led by the OECD, portrayed the tax havens as dens of shady activity and victims of their own unsavory sales pitches. The offshore financial centers countered...

J.C. Sharman is senior lecturer in government and international relations at the University of Sydney. He also wrote Repression and Resistance in Communist Europe. 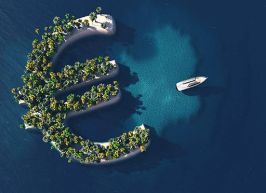