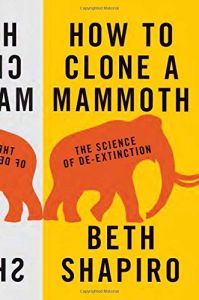 Book How to Clone a Mammoth

The Science of De-Extinction

Evolutionary biologist and ecologist Beth Shapiro, PhD, specializes in ancient DNA. She uses fossils, paleogenomics, prehistoric-time-dating tools and environmental data to study how animals adapted to changing conditions. She provides an entertaining walk on the “re-wilding” side of restoration ecology. Her prologue sets out the purpose of her book and notes the waypoints on the journey to species resurrection, notably the process of “de-extinction.” She reports that bringing a dead species back to life is extraordinarily difficult and complex; there’s no easy-to-follow set of instructions. Be prepared to reread some passages unless you majored in the sciences. Shapiro admirably balances descriptions and examples of environmental challenges with scientific explanations of genes, genomics and current genetic science techniques. And if you ever wondered whether dinosaurs could roam the Earth again, as in Jurassic Park, she puts that question to rest.

In 1979, a science fiction writer coined the term “de-extinction” to describe the return to life of a long-gone animal. In 2013, the term became science fact, with a new focus in evolutionary biology: restoration of extinct species. The goal of recreating a mammoth wouldn’t be to bring back the past but to build a better planetary future.

Today, de-extinction is mostly theoretical, but some scientists are hopeful – if skeptical, by training – that de-extinction could help deal with environmental challenges. Before exploring how to revive species, consider how they died. Extinction is as natural as birth and death. Only 1% of all the animals that ever lived is alive today; 99% are extinct. The reasons range from asteroids hitting Earth – which killed the dinosaurs – to climate conditions that brought the end of mammoths. Animals also must contend with human beings, who cleared habitats and overhunted. Species vanished, including the human ancestors, the Neanderthals, whom Homo sapiens dominated. Extinction represents a lost opportunity to derive a benefit, such as a disease remedy.

De-extinction will not happen soon. ...

Evolutionary molecular biologist and a 2009 recipient of the MacArthur Fellowship Dr. Beth Shapiro teaches in the Department of Ecology and Evolutionary Biology at the University of California, Santa Cruz. She is a popular presenter and interview guest. 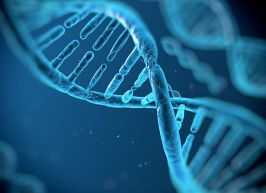