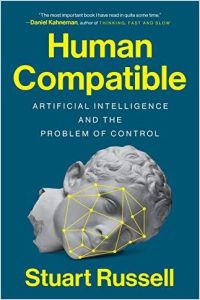 Stuart Russell, PhD, is a professor of computer science at the University of California, Berkeley. He served as the vice chair of the World Economic Forum’s Council on AI and Robotics and as an adviser to the United Nations on arms control.

The traditional model of artificial intelligence success is wrong.

The desire to create artificial intelligence (AI) goes back to the ancient world. The idea that an intelligent machine was possible derives from a summer workshop organized by young mathematicians John McCarthy and Marvin Minsky at Dartmouth College in 1956. The meeting sought to discover how to make machines that understood and used language, solved problems that humans solve, and ultimately improve themselves.

AI enjoyed early successes, such as Arthur Samuel’s checker-playing program, but by the end of the 1960s, frustration arose at the limited results in early efforts at machine learning and translation. Interest in AI revived in the 1980s due to the economic possibilities of expert systems. By the second decade of the 21st century, advances like deep learning led to leaps forward in speech and visual recognition as well as translation. Today, AI can do many of the things humans can do; self-driving cars and intelligent personal assistants are just around the corner. Advances in computing, like algorithms designed to maximize click-throughs, affect billions of people...