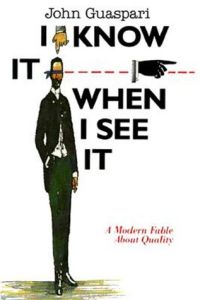 Book I Know It When I See It

A Modern Fable About Quality

John Guaspari’s instructive and amusing fable about "Quality" has been a favorite in the business world since it was first published in 1985. As it points out what to do and what not to do in the pursuit of quality and market share, the book illustrates the ups and downs of Punctuation, Inc., the mythical company founded by the inventor of punctuation. This thought-provoking and entertaining little book takes only an hour or two to read, but the author intends for its message to stick with you for a lifetime. getAbstract recommends this book to executives, managers, customer-service employees and those who run their own businesses.

Once upon a time the English language was boring and dull. It had no zing until a man named Rufus Punctum wrote the following sentence late one night when he couldn’t sleep: "Why must the language be so inadequate for communicating true feeling and emotion?" What made this sentence most unusual was the curving mark at its end. No marks like that had ever been written before. Rufus Punctum stopped and read his sentence again and smiled. He had just invented punctuation.

Punctuation Inc., was an extremely successful company, since any time people wanted to "do anything more daring than capitalizing the beginning of a sentence, they needed punctuation." The company offered a wide variety of products, including commas, apostrophes, periods, question marks, exclamation points, dashes, parentheses, brackets, semicolons, colons and "even luxury items like ellipses." The company also had a variety of markets. Consumers bought a lot of exclamation points to put after words like "Wow!" Lawyers bought tons of commas to use after all those "whereas" clauses in their millions of contracts. Doctors bought a special line of punctuation ...

John Guaspari is vice president of Rath & Strong, Inc. and is the author of of The Customer Connection and Theory Why. His ideas have been translated into three widely used video training programs for the American Management Association: : I Know It When I See It, Why Quality? and The Quality Connection.

Work Is Love Made Visible
8 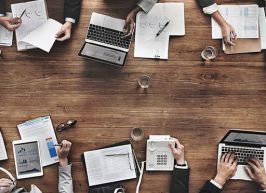 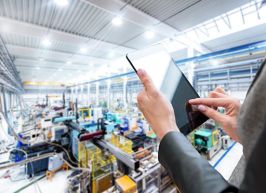