Summary of Imagination Is a Creative Superpower 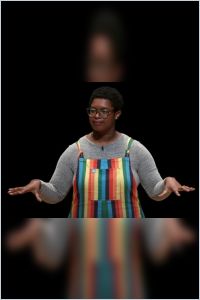 Do you want to make the world a better place? Start by embracing the power of imagination. In this uplifting 99U talk, writer Ashley C. Ford explains how she came to understand the vital role imagination plays in opening up new possibilities for herself and others. Ford argues that lack of imagination is responsible for many of the world’s ills – including racism. People mistake their limited expectations of what is or is not possible for reality, she says. But by developing the “superpower” to imagine beyond your understanding, you can discover new paths, both for your own life and for the lives of those around you.

Ashley C. Ford is an American writer, podcaster and educator who deals with topics including race, sexuality and body image. She is the host of the podcast 112BK and was the senior features writer at Refinery29.

Many problems in the world today are the result of a lack of imagination.

There are many things in life that may seem normal to you, but, to another person, might seem unimaginable. For example, when Ashley C. Ford’s father was released from prison after 30 years, the relationship that blossomed afterward was something she never could have imagined. Things beyond your understanding can seem magical. When an artist is able to take an idea and make it into something tangible, that is, to a non-artist, a kind of magic.

The unimaginable isn’t always something positive, however. Many negative feelings are attached to what people can’t imagine or won’t let themselves imagine. Thus, a lack of imagination doesn’t just put up barriers within your own life; it has wider repercussions. In ...