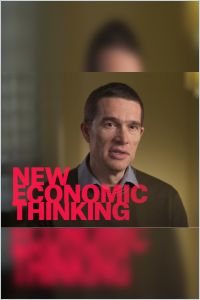 Why is it that so many innovators are white males from the financial top 1% of the American population? According to management and economics professor John Van Reenen of MIT’s Sloan School of Management, the dearth of women and minorities in the inventor sphere has nothing to do with ability, and everything to do with a lack of exposure to the idea of innovation as a viable career path and fewer opportunities to pursue groundbreaking ideas. In this video talk for the Institute for New Economic Thinking, Van Reenen discusses why inclusivity is important for stimulating innovation and how to better support women, low-income and minority innovators.

A number of policies exist today that aim to stimulate innovation.

In the United States, there are policies that aim to increase the number of engineers, scientists and inventors; other policies focus on direct subsidies for research and development or making R&D cheaper via tax codes. Policies that encourage competition, immigration and free trade, likewise, can help boost innovation.

Why do nations like the United States subsidize innovation? Because, often, there is little return on investment for individual innovators as, once they bring their idea into the public sphere, others will copy them – something that benefits society at large, but not, necessarily, the person who has spent their time and money coming up with the breakthrough...