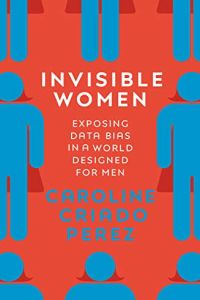 Information rules today’s world. Unfortunately, according to human rights activist Caroline Criado Perez, data sources and analysis are not gender-balanced. Even if it’s usually unintentional, the gap in data about women can have dire results, such as UK doctors misdiagnosing 50% of women having heart attacks. Perez maintains that the gap in data about women and the “male default” in data analysis produce devastating consequences in women’s lives. She offers a significant feminist manifesto for the tech age, a suggested feminist revolution revolving around data. Perez supports her findings with numerous, detailed real-world examples and studies from the United States and the United Kingdom, among other places. Perez’s wake-up call to data scientists, social scientists and policy-makers will open your eyes to the real-world consequences of not collecting and analyzing data about women.

Queen Elizabeth II named Caroline Criado Perez to the Order of the British Empire (OBE) in 2015. The National Council for Civil Liberties (now Liberty) advocacy organization named her Human Rights Campaigner of the Year in 2013.

Today, artificial intelligence supplements medical diagnoses and big data is becoming the norm in health care. But half the population suffers as a result, because information on heart attacks or child care constraints – and many other health issues – derives, according to Human rights activist Caroline Criado Perez, solely from data about men. This includes simple annoyances like office temperatures set to accommodate the resting male temperature, which is often too cold for women. This lack of aggregated data can lead, Perez asserts, for example, to personal protection equipment (PPE) that fails to protect female emergency responders. A Trades Union Congress (TUC) study found that 95% of women first responders said the gear affected their ability to do their job.

Heart attacks have been the main cause of female deaths in the United States since 1989. But a woman rarely has a “Hollywood heart attack,” clutching her chest. In the United Kingdom, Perez reports, half of female heart attack victims suffer incorrect diagnoses. Women having heart attacks often experience “stomach pain, breathlessness, nausea and fatigue,” but no chest pain. This may clarify why 75% of the patients at the UK’s National Health Service (NHS) special heart attack centers are male. Criteria for an emergency procedure and for access to the centers requires the chest-grabbing symptoms many women don’t experience, especially younger ones. “The introduction of big data into a world full of gender data gaps can magnify and accelerate already-existing discriminations,” Perez writes.