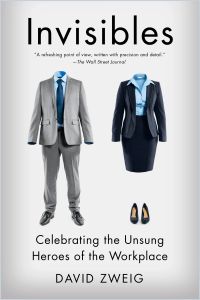 In an increasingly crass culture where everyone seems to be a preening self-promoter, David Zweig stands up for competent team players – the understated people who make sure that skyscrapers don’t collapse, that you’re properly anesthetized for surgery and that UN speeches get translated accurately. Zweig introduces readers to a number of “Invisibles,” little-known professionals and craftspeople with crucial roles in society. He makes a compelling case for emulating this breed of careful, responsible, largely unrecognized leaders. Zweig may take his case a bit too far. Some Invisibles he profiles are highly paid jet setters who rub elbows with the rich and famous. His underlying assumption that everyone everywhere – except a narrow slice of focused introverts – seeks his or her own reality show and a million Twitter followers seems a bit of a stretch. getAbstract recommends his study of diligent workers to the self-employed, the ambitious but shy careerist, budding craftspeople and managers looking for a different idea of true success.

Writer, lecturer and musician David Zweig, a former magazine fact checker, released two critically acclaimed albums and is the author of the novel Swimming Inside the Sun.

Relentless self-promotion and attention now dominate America’s work culture. Career experts bombard workers with ways to market their expertise and to sell their strengths, even if their expertise and strengths are unremarkable. A small group of workers bucks this trend. The “Invisibles” are an integral part of the economy, working in unnoticed roles such as computer coder, technical analyst, sound engineer, piano tuner or magazine fact-checker. Invisibles focus on doing a good job.

Three traits characterize Invisibles. First, they’re indifferent to attention and recognition. External rewards or praise do not motivate them; rather, they prize the satisfaction of performing a job well. Second, Invisibles focus on details, embracing the minutiae of their areas of expertise. And third, Invisibles crave responsibility; they’re willing to take the blame even if others get credit.

The idea of Invisibles isn’t new. In 1899, economist Thorstein Veblen wrote of a special class of engineers and artisans who took pride in toiling anonymously. Today, when everyone seeks attention, the Invisibles represent a fresh and noteworthy approach. To understand the internal... 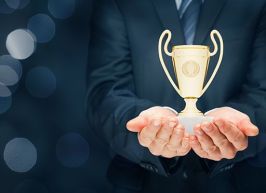