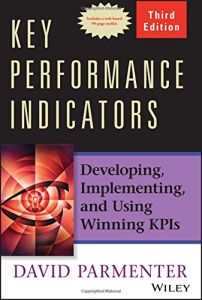 Many managers don’t know how to measure performance. Leaders often choose “key performance indicators” (KPIs) that reveal little and don’t really help. David Parmenter, a KPI expert, offers a definitive manual, now in its third edition. He explains different performance measurements and how to use them to manage your workforce and your organization. This is the essential read for anyone seeking to measure an organization’s progress, but if you mostly need basic data, focus on the opening chapters. getAbstract recommends Parmenter’s meaty, detailed primer to executives who must measure the right performance factors, and to project managers who organize and administer KPI projects.

Most organizational leaders don’t know how to measure performance. Mistakes include relying on measurements that don’t correlate to the factors that make them successful, and measuring performance quarterly instead of weekly, daily or even constantly.

To help their employees focus on the right activities, organizations need the right “key performance indicators” (KPIs). Many organizations evaluate performance with the “balanced scorecard approach” (BSC), which it measures performance holistically. The KPI approach supports the BSC method, however many BSC initiatives aren’t effective and eventually fail.

British Airways had a problem with planes that were late for arrival and departure. Operating on time became one of the airline’s primary KPIs. The senior executive in charge of turning the tardiness around insisted on receiving news of any flight delay anywhere in the world. When a delay occurred, the executive called the local manager. These calls could be career killers. Once the company presented objective data to the flight operators, they fixed the tardiness problem.

David Parmenter is expert in the development of KPIs and in replacing the annual planning process with quarterly rolling planning and lean finance-team practices. 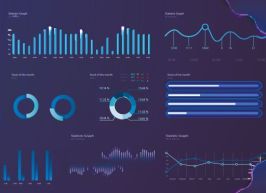