Summary of Kissinger the Negotiator 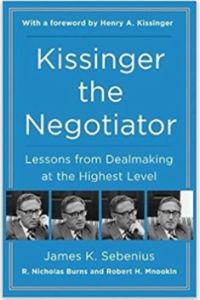 Harvard professor Henry Kissinger was US national security adviser and Secretary of State in the depths of the Cold War. James K. Sebenius, R. Nicholas Burns and Robert H. Mnookin show how he negotiated the USSR arms control deal, opened talks with China and moved toward ending the Vietnam war. Negotiating for presidents Richard Nixon and Gerald Ford, he would “zoom out” to broad goals and “zoom in” to personal relationships with his counterparts. Love or loathe his politics, his work offers compelling insights into complex, high-stakes negotiations.

Many people think of former US Secretary of State Henry Kissinger as a great diplomatic negotiator. As early as 1974, when he was still in office, 85% of Americans polled believed he was doing an excellent job. Forty years later, more than 1,000 international relations scholars voted him the “most effective” US secretary of state in the past 50 years. Every president since John F. Kennedy has asked for his advice, as have CEOs and world leaders.

Kissinger’s international reputation and influence rests on his achievements as a negotiator. As national security adviser and secretary of state for Presidents Richard Nixon and Gerald Ford, he spearheaded complex, high-stakes negotiations with China, the Soviet Union, Vietnam, South Africa and Middle Eastern nations. Kissinger’s sophisticated, consistent approach to negotiations embodies principles and practices that are useful for diplomats and negotiators in business, finance, public policy and law.

Establish sharp, long-term goals and a clear plan to achieve them. 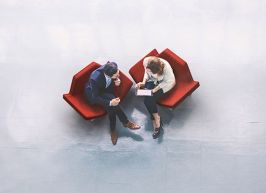