Summary of Leadership in Focus 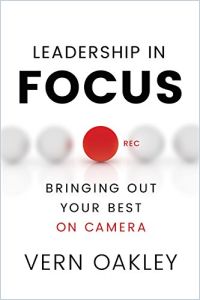 Today’s world is digital, and its preferred method of communication is video. If you treat your corporate video as tangential by producing puff pieces or slick sales films, you’re wasting crucial opportunities. Savvy leaders understand the importance of using video to forge connections with stakeholders – or, as veteran director Vern Oakley calls them, your “tribe.” Oakley doesn’t delve deeply into filmmaking itself. Instead, he focuses on how leaders can improve their video performances. getAbstract recommends his advice to executives who are endeavoring to be at ease, persuasive and authentic on film.

Many companies produce short videos for their websites, their intranet or YouTube so they can communicate about their work. Their corporate leader reads from a teleprompter, sharing announcements about, for instance, an upcoming merger, a new marketing program or the year-end sales figures. But video is a powerful tool for doing much more than disseminating routine data. Leaders can use it to inspire people, create an emotional bond and move audience members to act. Stories told on film resonate because humans are hardwired to relate to stories. A well-produced video is a compelling instrument of connection and change.

By 2020, more than 80% of Internet traffic will appear in a video format. People expect their leaders to appear on their smartphones, tablets and monitors. Savvy leaders connect with audiences through the screens their constituents carry: their smartphones and tablets. However, in most cases, executives underuse corporate filmmaking, and waste its potential to communicate, share and inspire. As the leader of an organization, you’re its “storyteller-in-chief.” With that platform, you want to craft a message that moves audiences in the...