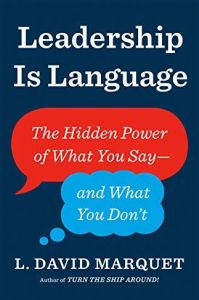 In his follow-up to Turn the Ship Around, L. David Marquet systemizes the lessons he learned as captain of the USS Santa Fe. Focusing on the language of leadership, he says leaders must discard the Industrial Age “playbook” that splits people between “blueworkers” who decide and “redworkers” who obey. Today’s fast, complex world demands a “red-blue operating system” in which intense periods of focused, goal-oriented “redwork” alternate with periods of “bluework” for rest, reflection, celebration and improvement.

The Industrial Age “playbook” that divides workforces is obsolete.

In 2015, in one of the most preventable disasters in modern seafaring history, the El Faro commercial vessel sailed directly into Hurricane Joaquin. Salvaged voice recordings from its bridge reveal that the captain decided to make the Jacksonville-to-San Juan run along the most expedient route, not the safest. He made no allowances for the weather. The ship’s rigid organizational structure meant no one challenged his authority and everyone aboard perished.

The captain and crew used an outdated “playbook” from the Industrial Age, when the workforce was divided into “deciders” and the “doers,” those in charge over those who obey.

Achieving variability and dealing with it is hard work. Staying focused on doing a job requires dealing with fewer variables, but at the risk of being shortsighted, which can bring disastrous consequences. Thinking and doing are two different, complementary mental processes. Finding the balance...

L. David Marquet commanded the nuclear-powered, fast-attack submarine USS Santa Fe from 1999 to 2001. His book Turn the Ship Around: A True Story of Turning Leaders Into Followers is a bestseller.

Turn the Ship Around!
8 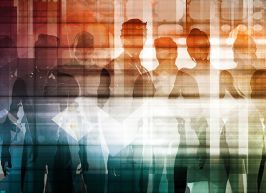