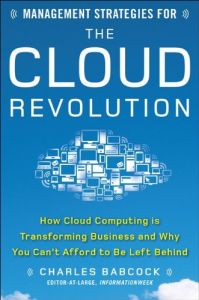 Management Strategies for the Cloud Revolution

If you’re confused about “the cloud,” you’re not alone. The definition of the cloud is a subject of intense debate, even among its inventors. InformationWeek editor-at-large Charles Babcock explains exactly what cloud computing comprises, how it differs from pre-existing technologies and how it’s going to affect the way companies operate. He describes the seemingly limitless potential of cloud computing’s huge, cost-efficient data centers without minimizing the problems facing this emerging platform. A fundamental shift in digital services is taking place. getAbstract recommends this book to anyone curious about the brewing technological storm.

Cloudy with a Chance of Future

The definition of cloud computing – like a cloud – changes constantly. Even Andi Gutmans, CEO of Zend Technologies and co-creator of the most commonly used language on the Internet, PHP, is reluctant to define “the cloud.”

The cloud is many things. Simply put, it is a supersized Internet data center with enormous resources. Cloud computing is the interaction between an individual or a business and a service in the cloud.

You’ll often find cloud data centers in warehouses filled with racks of servers the size and shape of pizza boxes or smaller. Google won’t publish the number of servers that fuel its search engine, but it did admit to having 45,000 servers in just one of its data centers. Microsoft acknowledged that one data center that supports its Azure cloud will hold more than 300,000 servers. What makes these immense data centers different from their predecessors?

Unlike traditional data centers, cloud centers use servers that require less maintenance; they are set up to work around hardware failure. When one server fails, its work shifts to other servers with no disruption. Another feature is “the Web’s setting of conventions...

Charles Babcock is editor-at-large for InformationWeek. 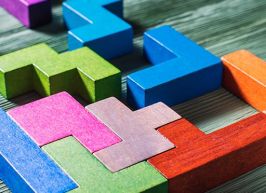 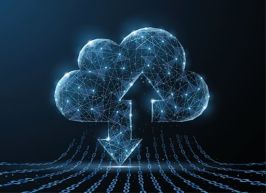