Summary of Maps of Meaning 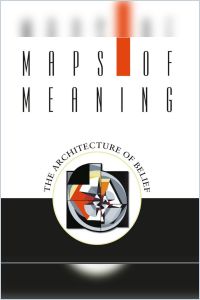 This ambitious, 500-plus page philosophical work frequently reaches rare heights of brilliance, even though it’s incredibly challenging to read. Since its 1999 release, author Jordan Peterson, who also wrote the bestseller 12 Rules for Life, has gone on to garner both controversy and acclaim. Here, he interprets myth, religion, history and philosophy as only he can. Ultimately, Peterson’s conclusions about the purpose of life and the responsibility of each adult to pursue that purpose, prove uplifting – even optimistic.

University of Toronto professor and clinical psychologist Jordan B. Peterson, PhD, is also the author of 12 Rules for Life.

Religion and myth fill a gaping hole in the human psyche.

For millennia, humans lived in a world of myths. Religion was the equivalent of today’s science. With the age of experimentation and its emphasis on empirical observation, a new world emerged that seemed to sideline old myths and faith in God – rendered naive by the new elite, even as they clung to a moral code based on Christianity.

Science leaves much unexplained. Into the void rushes rationalism and associated ideologies. Intellectually, fascism and communism should work, yet such logical, secular systems invariably fail quickly, often after subjecting millions to their horrors.

People need more than facts to nurture their souls. All nations and cultures have developed similar mythologies to explain the unexplainable and to use as a foundation for their morality, values and meaning. These universal myths feature Carl Jung’s archetypes: the Great Mother, who represents the unknown and uncharted; the Great Father, who represents the known and safe (rules, culture, wisdom, and the like), and the Divine Son, the hero who bridges the world of the known and unknown. ...

The Poetry and Music of Science
9