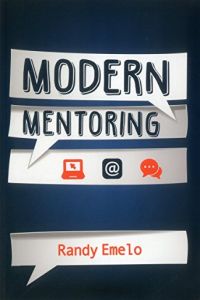 Conventional mentoring has a laudable goal: Match a junior employee with someone senior who can show him or her the ropes and lend a hand with career development. Unfortunately, since most organizations have too few traditional mentors, only a small number of junior employees benefit from a typical mentoring program.“Modern mentoring” replaces conventional one-on-one mentoring with learning groups, in which everyone can be a mentor or adviser – and everybody is a learner. Author Randy Emelo, pioneer of “e-mentoring technology,” could have gone into more detail about how to implement such programs – after all, “sharing experience for the sake of mutual benefit” isn’t all that novel an idea –, but getAbstract likes his approach and recommends it to corporate trainers, HR managers and executives involved in professional development.

Randy Emelo is president and CEO of River, which publishes modern mentoring and social learning software.

Mentoring within corporations expanded during the 1980s. Its goal was to promote diversity and inclusion for female and minority employees. The idea was to form partnerships between a top executive and an employee, often a woman or minority or both. The experienced leader could help the protégé develop professionally and move up through the organization’s ranks.

Traditional mentoring is a one-on-one, face-to-face, long-term activity. Only a small number of individuals qualify as traditional mentors. Yet many people have knowledge of one sort or another that they could teach others. Someone who learns only from one other person – an appointed mentor – may face limited information and options.

Anyone with workplace knowledge can be a mentor and educate others. Modern mentoring serves everyone. It can transform the organizations that embrace it, but it requires companies to adopt a new mind-set about mentoring. 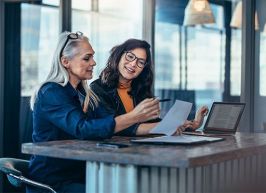