Summary of Moments of Impact 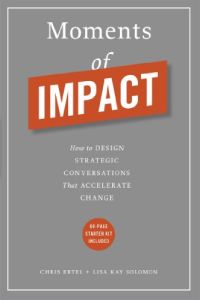 Meetings and brainstorming sessions have long been the standard settings for planning and strategy. But meetings put people to sleep, and brainstorming simply doesn’t work. Strategic conversations – “interactive strategic problem-solving sessions” – are the perfect planning venues. During the past 15 years, authors Chris Ertel and Lisa Kay Solomon planned and implemented hundreds of strategic conversations for companies in more than 20 industries, and now they explain how these conversations work. getAbstract recommends their innovative method to leaders who must make difficult decisions, entrepreneurs who work with boards and investors, agents of social change, and business-school faculty and students.

The fact-based film Moneyball stars Brad Pitt as Billy Beane, the general manager of the major league Oakland Athletics baseball team. The team is in big trouble because its top three stars have moved on to wealthier teams. Frustrated, Beane sits in a conference room with his talent scouts who are all old-school practitioners and conventional thinkers. They rehash traditional ideas about how to find new talent.

Beane didn’t want to have a conventional meeting. He wanted to engage in an energetic, strategic conversation. On the surface, Beane and his scouts seemed to focus on the same issue: figuring out how to put together a talented team. But in reality, they did not. Beane understood that to win, the team had to pursue a new tactical course. He recognized that it confronted an “adaptive challenge” – a messy, open-ended and ill-defined situation calling for imaginative, original problem solving. 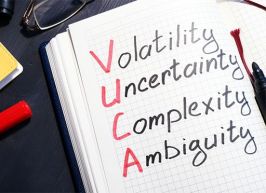 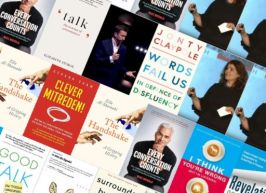